5 Reasons You Should Avoid Energy Drinks

Energy drinks have been an all-too-common addition to the American diet.

The next time you are out to pay for gas, take a look at the outside of the building the employees are in. Plastered on the building and windows, you’ll find a plethora of energy drink offers such as “2 for 1” and “Buy one, get one half-off” offers. As an example, I searched “gas station” in my browser, and this is one of the first images to appear.

Here, you’ll see sports drinks, soda, and energy drink advertisements. They’re even outside on a pallet, waiting to be stocked! This is basically all gas stations. Unfortunately, it’s become almost a ritual for some people — an energy drink at lunch to get through the day, or an energy drink to stay up after a later night out. Energy drinks also taste great sometimes, which can lead to an unhealthy obsession with something that is slowly killing them.

Where did energy drinks even come from? It seems as if since the 2000s, they’ve suddenly made a gigantic impact on the country. Well, it actually started in Japan in 1962. A company called introduced ‘Lipovitan D’, a legal tonic that was sold in small bottles. Fast-forward to the 1980s, Japanese businessmen were rapidly consuming these beverages to get a leg up on their competition in the workplace. It became so popular, they even hired Arnold Schwarzenegger to play as a genie in their commercial! This is not a joke! He continued doing this for quite some time. Here is an example. Still, even with a legend like Arnold in their commercials, it took some time to catch up in America. However, in 1984 Dietrich Mateschitz quit his job selling bathroom products and created an energy drink called ‘Krating Daeng’. He patented the product, and in 1997 he came to America to sell his product under the name of Red Bull. This was the birth of the energy drink here in America.

What is really interesting about energy drinks is this: they’re not that different from soda! They have many more similarities than differences: they’re all sugary, caffeinated beverages sold in cans. Gary Hemphill is the director of research for the Beverage Marketing Corporation. He says this: “It’s a product category that’s been built around a premium price. From an ingredient perspective, there are a lot of similarities.” So, why are they that bad for us? Well, why is soda bad for you?

MORE: 4 Food To Avoid if You Have Nerve Pain

Here are the Top 5 Reasons You Should Avoid Energy Drinks:

Sugars can be a major influence on how you feel. Sugar tends to pluck water from your body and shove it into your nerves, causing swelling. We all know that swelling of your nerves isn’t just bad, but it is quite painful. On top of this, sugar makes the myelin sheath less flexible. The less pliable the protective sheath is, the less likely it is able to hold in all of the water. This damages your nerves, and eventually, the common neuropathy symptoms occur such as pain, pins and needles sensations, and numbness.

In this study, a group of consumers tested the amount of caffeine in 27 different energy drinks. Keep in mind that 400mg is the commonly agreed upon safe daily limit in a healthy adult. The results speak for themselves: the lowest was a small dose of 6mg (which was ironically labeled as ‘decaf’) and the largest amount of caffeine was a whopping 242mg. Yes, this is under the safe threshold, but there are many out there that have multiple energy drinks throughout the day, or an energy drink and coffee as well.

Though the effects are dependent on the dosage, caffeine affects your central nervous system, blood vessels, adrenal glands, thyroid gland, kidneys and a variety of neurotransmitters and hormones. That’s a large list of vital organs that are affected by a can of ‘energy’. Here are examples of energy drinks sending people to the hospital.

I read a study the other day that described the effects of energy drinks in healthy adults. Ingredients in the energy drink mimicked epinephrine (adrenaline) to the heart, increasing heart rates and the some of the subjects even experienced arrhythmia (basically, their heart wasn’t constantly on the same beat). It doesn’t take a scientist to know that isn’t good for you at all.

An Increase in Alcohol Consumption

This study claims that “regardless of whether energy drinks are mixed with alcohol, recent research suggests that, even after adjustment for potential confounders such as heavier drinking patterns, energy drink use might confer risk for alcohol dependence and perhaps nonmedical prescription drug use.” What is interesting here is that they actually don’t know why this occurs. This is especially dangerous for those suffering from neuropathy, but still, have an unhealthy relationship with alcohol.

Also from the same article, the neuropharmacological effects of energy drinks could perhaps be the most detrimental of all of the effects due to the high addiction rate.

When energy drinks are broken down like this, it is clear that they almost represent a drug. As a neuropathy sufferer, this realization is even worse. When consuming energy drinks, you are putting yourself at a major risk for bodily damage as well as a serious disadvantage for recovery. You may be dependent on your morning coffee or mid-day energy drink for that quick boost to keep you going, but there are other ways to get your energy!

There is a way to get all of the energy caffeine would give you, without worrying about all of the health effects I mentioned earlier. Without relying on artificial sweeteners or dangerous stimulants, Energy Optimizer does just that. This formulation of ingredients like ATP, D-Ribose, and Malic acid won’t leave you feeling crashed after the energy boost you’ll get, and it doesn’t leave you feeling anxious. Best of all, if you don’t like it you can return it for a full refund! Are you interested? Click here to read more! 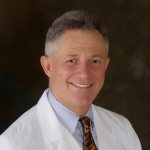